The three body-mind relationship goals that Jigoro Kano advised his judo students to aspire to; namely, to perfect themselves physically, intellectually and morally are all aimed at the same objective - self-improvement. The first goal is perhaps the easiest and the one that many judokas achieve by gaining a dan grade, after a few years’ training, and perhaps by winning a few medals along the way. The next two goals are psychological in nature and usually take longer to attain. The intellectual goal is focused on educating oneself for what one wishes to become in life, whether it be an engineer, a teacher, an accountant or whatever one’s desire. These goals, however, often require much book learning. Because ‘time and tide wait for no man’ one must read, read and read some more in order to expand one’s vocabulary and acquire the necessary knowledge. The third goal is mainly focused on the moral lessons that one should have learnt after completion of the previous two. These teachings should prove useful in helping one to succeed in one’s endeavors and enable one to impart proper moral guidance to others, especially the young when teaching judo.

“Budo begins and ends with a bow.”

"Kano's child, born in a temple and raised on a rice mat, had now grown into a healthy youth and in the company of its proud parent, was about to begin its travels around the world"

Under the leadership of Baron Pierre Coubertin, the first modern Olympics were held in Athens in 1896.  They were very much a European and American affair, but Coubertin wanted the world.

By 1909, Kano had already become an international figure: he had done almost as much to bring western sport to Japan

as he had in taking judo to the west. He was an obvious choice to become the first Asian representative on the International Olympic Commitee (IOC). Kano, ever the internationalist, accepted and become an enthusiastic member, bringing Japan into the competition for the first time at Stockholm in 1912 and, more significantly, bidding to host the 1964 Olympics.

"While the old form, jujutsu was studied solely for fighting purposes, Kano's new system is found to promote the mental as well as the physical faculties. While the old schools taught nothing but practice, the modern judo gives the theoretical explanation of the doctrine, at the same time giving the practical a no less important place. 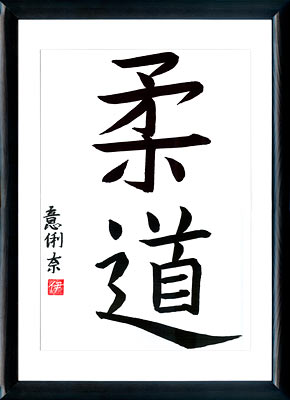 The Purpose of Judo Discipline
According to Jigoro Kano, the founder of Kodokan Judo:


"Anyone who intends to follow the way of Judo must above all instill this teaching in his heart."
Judo in Action; Kazuzo Kudo, 9th Dan; Japan Publications Trading Company, Tokyo, Japan; January 1967

On Judo and the Changing Times

On the Value of Continuous Scholarly Study in Judo

On Judo and its Lifelong Pursuit

He joined the KODOKAN in 1903 and remained a member until his death. When he came to Tokyo to attend Waseda University, and became the close disciple of Jigoro KANO, the father of JUDO. After 15 months, he achieved Sho DAN (1st Degree) in KODOKAN JUDO, and after the remarkably short time of four more months, Ni DAN (2nd Degree). Though timing and speed, Mifune quickly gained a reputation, and was never defeated. By 1912, he was a Rokyu DAN (6th Degree) and an instructor at a number of universities, high schools, and junior high schools. In 1945, he was elevated to Ju DAN (10th), the fourth of seven men to ever be so honored. After developing many new JUDO techniques and variations, he came to be known as the “God of JUDO”. In 1956, he wrote his classic book, Canon of JUDO, still a remarkable exposition of JUDO history, philosophy, and technical description. His influence on post-war JUDO cannot be underestimated. His skill was perhaps the most elegant ever seen at the KODOKAN. He passed away in 1965 at the age of eighty-two. At his hometown, Kuji, a Memorial Gymnasium was erected in his honor, called the Mifune ju DAN.

THE ETHOS OF JUDO
‘The purpose of judo is to perfect oneself physically, intellectually and morally for the benefit of society.’
Professor Jigoro Kano (1860-1938)

He, judo 7th dan obtained at age 29, is undoubtedly the greatest Judoka to ever live. He stood 5'6" (170 cm) tall and weighed 185 pounds (84kg).  He trained in the Kodokan school run by Jigoro Kano, turning out to be a promising rookie and gaining sound accomplishments for his age, among them three all Japan championships. A crazy training fanatic, he swore not being defeated ever, and also trained in karate with Gichin Funakoshi and Mas Oyama to round his skills At the age of 20, he won the ALL-JAPAN JUDO CHAMPIONSHIPS for the first time. He was only 5’7”, but his favourite technique was OSOTO-GARI with combination of OUCHI-GARI, and strong NEWAZA. He also used IPPON-SEOI-NAGE and UCHIMATA. He won the ALL –JAPAN CHAMPIONSHIPS in 1937, 1938 and 1939. His training methods were extreme. Before he went to sleep that night he did 500 press-ups, 1 km of bunny hops, and 500 makiwara strikes. He learned Shotokan and Goju-ryu karate. In 1949, he reached the final of the ALL-JAPAN JUDO CHAMPIONSHIPS. He faced Takahiko Ishikawa and fought one of the hardest matches of his life. It was declared a draw after two periods of extra time. At the age of 40, he was still fighting professionally and remained outside the central JUDO environment, because professional JUDO was against KANO’s ethics.  He won all his fights – but faded, and he started another professional fighting career abroad.